David performed with Phoenix Ballet including its tour of Poland for the Łódź International Ballet Festival. He was also a member of Convergence Ballet Company in both its 2010 and 2011 summer seasons. Dave has worked as a guest artist for various productions with Ballet Etudes, Dance Theater West, Marlow Ballet Theater, Master Ballet Academy, and Scottsdale School of Ballet. David attended the 2007 Milwaukee Ballet Summer Intensive on a full tuition and room/board scholarship and was offered a position in Milwaukee Ballet II.

David is a Z-Health Master Practitioner, neural performance specialist and educator residing and working in the North Phoenix/ Scottsdale area. His clients range from post-operative rehabilitation to performance related training for pre-professional and professional dancers, and athletes ranging from children to professional level. He has worked with people as young as 3 and as advanced as 96. David trains everyone he works with from a neurobiomechanical model of education looking at not only biomechanics, but our neurobiology and motor control. Whatever your goals or needs, he has a successful path forward for you.

He holds certifications/ licenses in:

Growing up in the heart of Scottsdale, Sam Gramer began dancing at the age of 11 and has been teaching and choreographing since she was 18 years old. Her dance career began training in styles such as ballet, jazz, hip hop, breaking, ballroom, tap, and contemporary. Sam has been a part of many performance dance groups in Arizona, such as Automatic Response and The Haus of Fame. She has also participated in many productions under the direction of Liz Ann Hewett here in the valley. Sam's choreography has earned regional and national accolades. Sam Graduated from Arizona State University in 2016 with a BS in Chemical Engineering and working full time as a process engineer, Sam plans to spread her love for dance, teaching, and choreographing to each and every one of her students.

Jenni Hall began dancing at the age of 3 at Annette and Company school of dance in Farmington Hills, MI. Jenni has extensive training in jazz, tap, ballet, hip hop, modern, and lyrical. Her dancing has taken her across the country from New York to LA, where she has studied under Nichelle Bane, Joshua Bergasse, Doug Caldwell, AC Ciulla, Dante, Havic, Joe Lanteri, Mia Michaels, Rhapsody, Wade Robson, Susie Taylor, and Jayson Wright. Jenni received top awards at prestigious conventions and competitions across the country including LA Dance Magic, West Coast Dance Explosion, Tremaine, New York City Dance Alliance, and Dupree. Jenni began teaching and choreographing at the young age of 15. Many of her pieces have taken overall prizes and best in show at renowned competitions across the US. Some of her industrial work includes the Detroit Pistons Pre-Game Show, Phoenix Suns Pre-Game Show, Puma Sportswear, Multiple Sclerosis Society, Pediatric AIDS, and Juvenile Diabetes. In 2007 Jenni decided to make the move cross country to Scottsdale AZ, where she began teaching at Conservatory of Dance. In 2009 Jenni was promoted to Company Director and ran the competition program for 4 years. Under her direction at Conservatory of Dance her students won mulitple scholarships, high awards, and had tremendous growth in their dancing. Jenni Is excited to see her dream become a reality with Dancers Domain, and looks forward to sharing her love of the art. ​

Jessica began dancing at the age of 9 in her home state of New Jersey and continued her training at Royal Danceworks after moving to Arizona. Jessica competed for 10 years, winning numerous awards and scholarships from many conventions including LA Dance Magic, JUMP and Co Dance. Over the years, she has worked with well-known choreographers like Brian Friedman, Mia Michaels & Jason Parsons. At the age of 11, she was chosen to perform in Orlando with Paula Abdul. She has been teaching contemporary and jazz for over a decade and it has become a passion of hers to spread the love of dance with all of her students. Jessica has been recognized for her creative choreography at numerous competitions over the course of her teaching career, winning High Scoring and Studio Standout Awards at conventions such as Radix, Velocity and LA Dance Magic. Jessica is not only an instructor, but is the Company Director of our competitive company at Dancers Domain. ​ 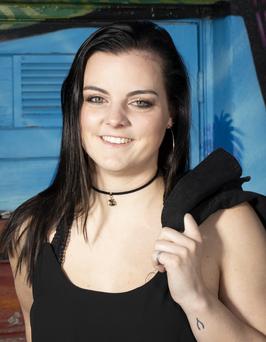 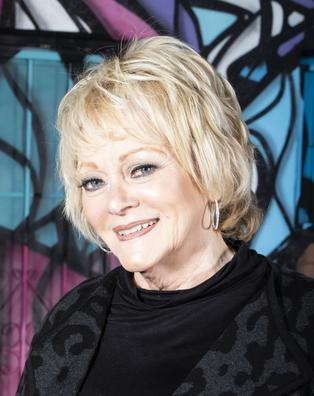 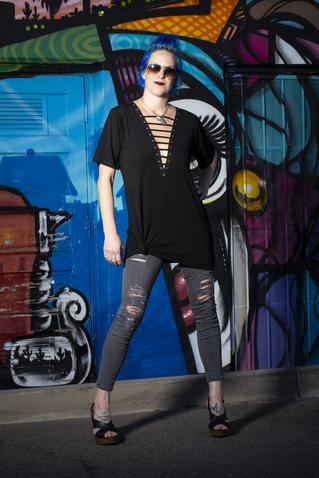 Barbara's experience in the dance field is multi-faceted, ranging from performer, to teacher and choreographer. Her background and training originated in New York City and the metropolitan area where she studied and trained with some of the most elite professionals in their disciplines. In addition to receiving a scholarship with the Alvin Ailey Dance Center, she attended Montclair State College and toured as a member of the MSC Dance Repertoire.

Barbara owned and operated a school for Dance and the Perfoming Arts for Eighteen years, maintaining a professional atmosphere with a caring and passionate approach. She has coach gymnasts, skaters and athletes, both individually and on a team level. As a master teacher and coach, she focuses on proper techniques, alignment and placement, and quality of movement. Barbara believes her responsibilites reach far beyond providing excellence in student dance training. She emphasizes such positive traits as self-discipline, dedication, determination, integrity and self-respect. Her enthusiastic approach combined with her knowledge and experience makes it easy for students to diver their own love for the art. Many of her students have pursued professional careers performing with Ballet Companies, on Broadway, in Las Vegas or as teachers and choreographers. In 2017, she coached Frankie Muniz as he made his dancing debut on "Dancing with the Stars-- Season 25". Frankie danced his way to the final three and toured with show the following seas.

Barbara's choreography credits include several local stage productions and videos as well as personalized stage work for numerous singers and actors in the entertainment industry. As a choreographer she is comfortable and adaptable in working with amateurs as well as professionals.

Her core philosophy: RESPECT!  "It has been my experience that great performance starts with respect... for oneself, for teachers, for fellow students, for faculty... for the Art". 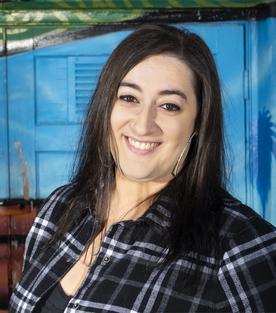 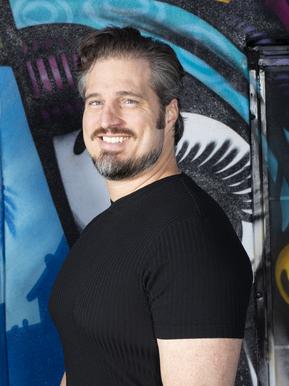 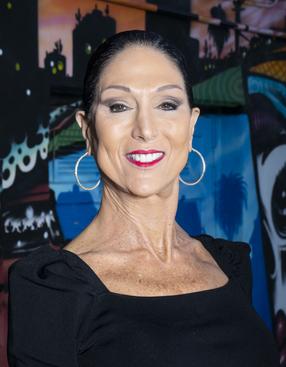 ​Judi has spent her existence involved in all aspects of dance. Starting her dance career at the age of three, her passion for performance in all forms of movement has been a lifelong commitment. She trained under well-known teachers such as Luigi, Gus Giordano, Charles Hughes, Matt Maddox, Frank Hatchett, Maria Tallchief, Jack Bickle of the Royal Winnipeg Ballet, Doug Caldwell and Joe Tremaine to name just a few. At the age of sixteen, Judi was invited to join Gus Giordano's Performing Company in its inception. In her competitive years, Judi was crowned Queen of Chicago National Association of Dance Guest Performer throughout the Midwest. Judi's gift for teaching began with the birth of The Judi Lange School of Dance in Davenport, Iowa which she owned at the young age of 19. This propelled her career as an educator. She taught at the Jewish Community Center in a Northern suburb of Chicago. Upon moving West, Judi headed the dance department of a prestigious gymnastics school in Scottsdale and was a faculty member at various studios throughout the Valley. Judi was awarded an Honorary Professorship which enabled her to be a Professor of Dance at Scottsdale Community College. She was a Guest Faculty Member for Dance Masters of America and was Owner and Artistic Director of Dance & Co. In 1993 Judi opened The Dance Source Performing Arts School with her son Brian Friedman. She and Brian were Co-Artistic Directors of the studio's performance company, Dance Vibes. In 2001, after training some of today's most employable dancers, Judi sold The Dance Source to take on a new position working for the Urban Jamm Dance Convention. Judi received her Make-Up Artist Certification from Make-Up Designory (MUD) of Los Angeles and has worked as a Freelance Make-Up Artist with MAC Cosmetics. She also owns her own business, Make-Up by Judi. For the last seven years of her career, she has worked for two successful local dance studios. She spent five years sharing her business and dance studio expertise during a studio's formation and two years as Assistant Administrative Director for another. She is now honored to be sharing her wealth of knowledge with Dancers Domain and the next generation of dancers and their families.